We Fund the Valleys 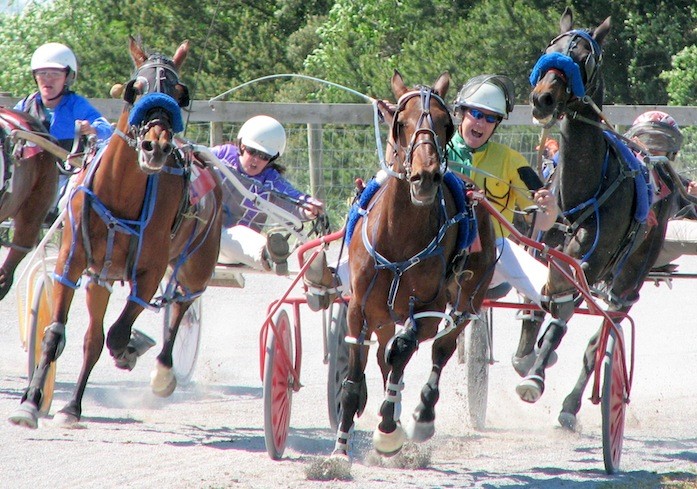 In 1979 a group of passionate and committed volunteers amazingly turned a former slag heap at Tairgwaith into Wales’ premier trotting track (where a world trotting record was set in 2010), which attracts from 300 to 1000 spectators for each event and is the proud winner of a Community Green Flag Award.

The related community organisation has just won a prestigious Social Enterprise Development Award, one of only 11 in Wales awarded by Santander in 2013 download press release, and has a vision to add a major grandstand, stables, a manege (horse schooling area) in the centre of the track and accommodation lodges.

In order to support this vision WECAN has helped the club form a strategic partnership with Lafarge Tarmac, a joint venture company formed following the merger of Lafarge UK and Anglo American’s Tarmac business, to create the UK’s leading construction materials and services company.

Lafarge Tarmac recently provided 200 tonnes of crushed stone, worth £2000, to relay the track. The UK business was rewarded with having a race named after the firm at the Welsh Cup meeting during the summer of 2013. The event was televised – along with Lafarge Tarmac advertising – and promoted to more than 5,000 followers via the Valleys Regional Park marketing campaign and visitor website www.thevalleys.co.uk. The campaign targets visitors within a two-hour drive time to promote the region as a destination for tourism.

Lafarge Tarmac were so pleased with this outcome that they have just provided a second tranche of support – along with two other businesses, Celtic Energy and Lewis Civil Engineering – to relocate and provide a new, small covered seating grandstand.

Trudy Launchbury, secretary of the club, said: “We are extremely grateful to all of these businesses for their support. It is not always about the monetary aspect; simple things, such as the engineer from Lewis Civil Engineering giving up his time after working all day, enabled us to start the process.”

Wayne Evans, East Pit Opencast site manager for Celtic Energy, said: “Celtic Energy tries to support organisations in the local community. We have a long-standing and extremely good relationship with the Trotting Club and we were more than happy to support them on this occasion.”

These sentiments were echoed by Simon Morgan, Readymix Business Manager South Wales, who said: "Lafarge Tarmac Ltd, Readymix Division, recognises the herculean effort required to maintain and drive a long-term project like the ATVC community enterprise. We wish Trudy and her team every success."

All businesses can now potentially benefit from corporate days at the site – and not just through the positive publicity linked to their shared objectives of helping local communities. The community, in contrast, have a growing asset that has turned a derelict space into a Community Green Flag award-winning site that has balanced economic, social and environmental benefits.

See the video below on the day the initial deal was done with Lafarge Tarmac.